Zero to Infinity Talks on Motivation 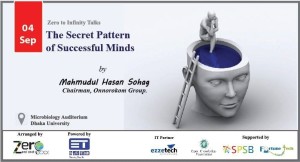 What’s the best way to take control of your own life and push yourself against boundaries? How actually the brain of successful minds works? Is it like that, successful people tend to focus on growth, solving problems and self-improvement, while unsuccessful people think of their abilities as fixed assets and avoid challenges?  These were the hot topics of last ‘Zero to Infinity Talks’. The heading was ‘The Secret Pattern of Successful Minds’. Speaker Mahmudul Hasan Sohag, the Chairman of Onnorokom Group, is a successful entrepreneur who is the founder of 10 successful companies of Bangladesh.

The talk was held at 04 September, 2014 in Dhaka University Microbiology auditorium. Around 150 students of different universities was present there. The talks was divided in two session. In first session, speaker delivered his lecture around 40 minutes. In next 30 minutes an interactive Q/A session was going on. At the end of the program Mr. Abdullah Al Mahmud, the editor of Zero to Infinity awarded a crest to the speaker. 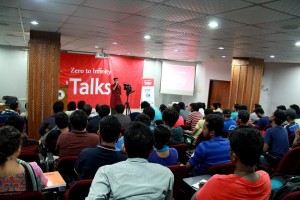 The previous episodes of Zero to Infinity Talks were on various topics. Such as particle physics – ‘Infinity to Zero: A Tale of Particle Physics.’ Speaker Dr. Arshad Momen, Professor & Chairman, Department of Theoretical Physics, University of Dhaka. Dr. Arshad Momen completed his Ph. D. from Syracuse University, NY, USA, was a research fellow at Oxford University in the Theoretical Physics. Also a visiting scientist at CERN, ICTP. 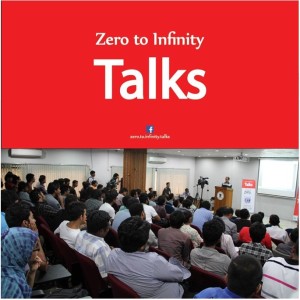 ‘Zero to Infinity Talks’ is a weekly lecture series arranged by monthly science magazine ‘Zero to Infinity’. The Program is powered by ET Tech Limited. Inspired by Open knowledge Foundation. Other partners are Ezze Technology, Fortune Tech, and Society for Science Popularization, Bangladesh.

No description set for this author.